a Biblical thought...
How great is the love the Father has lavished on us, that we should be called children of God! (1 John 3:1)

a Book thought...
What God has to say to us is infinitely more important than what we have to say to him, yet we generally monopolize the conversation. (p113) 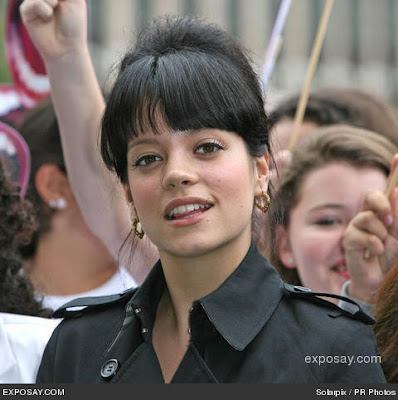 a Dave thought... from The Herald Sun
LILY Allen, who became a star when millions found her quirky pop tunes on MySpace, is taking two years off to beat her addiction to . . . technology.
Allen has recorded frequently on Facebook, Twitter and her blog.
But, after releasing her second album -It's Not Me, It's You - the 24-year-old ditched Twitter with a final message: "I am a neo-Luddite, goodbye."
She said: "I just had this revelation that Facebook, blogging, all those things were becoming a total addiction.
"I'd be with my boyfriend or my Mum and they'd have just got half of me.
"So I put my BlackBerry, my laptop, my iPod in a box and that's the end.
"I won't use email. I play records on vinyl. I don't blog. I've got more time, more privacy. We've ended up in this world of unreal communication and I don't want that. I want real life back."

Just a thought.
Posted by Captain Collo at 7:56 AM