a Biblical thought...
"Don't be alarmed," he said. "You are looking for Jesus the Nazarene, who was crucified. He has risen! He is not here. See the place where they laid him. 7But go, tell his disciples and Peter, 'He is going ahead of you into Galilee. There you will see him, just as he told you.' " (Mark 16:6-7)

a Book thought...
Character is much harder to come by than skills - and much more valuable. (p118 Logan & Miller) 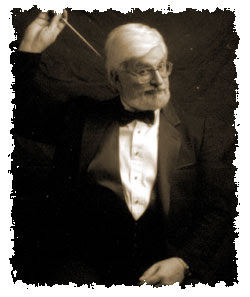 a Dave thought...
Bill Broughton is a composer and trombonist who has worked in Hollywood for many years as well as being a Salvationist. http://www.abc.net.au/sundaynights/stories/s1644254.htm
He is truly an exceptionally talented man and a person I have admired for many years. In the late 80's my brother and myself used to sit down in front of the LP player and listen to Bill play his arrangement of Take Up Thy Cross and be amazed at his ability to finish on a high F with such a sweet sound. Well last night it was privilege to have the legend in person doing a concert with the Box Hill bands and again this morning as he featured in our worship services including giving the sermon on both occasions. Two of his thoughts which will remain with me was his quote from Samuel Logan Brengle ''we must learn to work with God rather than work for God" and secondly his teaching on giftings. He challenged us not elevate the gift of music above any others in the church but rather whatever your gift is use it to glorify God and do it to the best of your ability.

Just a thought.
Posted by Captain Collo at 2:48 PM