a Biblical thought...
Stephen, brimming with God's grace and energy, was doing wonderful things among the people, unmistakable signs that God was among them. But then some men from the meeting place whose membership was made up of freed slaves, Cyrenians, Alexandrians, and some others from Cilicia and Asia, went up against him trying to argue him down. But they were no match for his wisdom and spirit when he spoke. (Acts 6:8-10)

a Book thought...
We need new glasses with which to see our world. I believe Jesus became that new vision for us. He showed us another way to see the same old things. (p42 Frost) 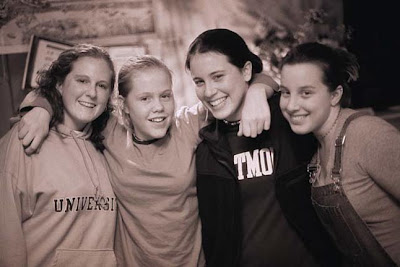 a Dave thought...
Yesterday it was great to have the 13 DYs together for the day to pray, dream, and discuss. The role of the DY has certainly changed over the years. It seems in this territory that the less we have valued this role and sometimes not even filled it, the greater the decline of youth in that division. In an era where many young people are leaving denominations in droves we need to more and more be looking for ways to mentor and develop our youth leaders, and provide more experiences outside of their local corps.
In January (12-18) we are going to be gathering 500 youth from across the territory in what we believe will be a landmark occasion. It won't merely be another event, but a time when our young people will know what it means to be a Salvo and have no doubt that they want to be a part of shaping our future.
Just a thought.
Posted by Captain Collo at 6:36 AM