a Biblical thought...
Be content with obscurity, like Christ, and that means killing off everything connected with that way of death: sexual promiscuity, impurity, lust, doing whatever you feel like whenever you feel like it, and grabbing whatever attracts your fancy. That's a life shaped by things and feelings instead of by God. (Col 3:5-6)

a Book thought...
If God had wanted us to talk more than listen, He would have given us two mouths rather than two ears. (p76 Blanchard) 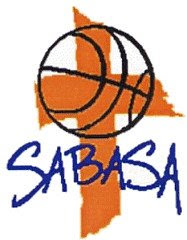 a Dave thought...
I have had a lot of fun this week playing 11 games (I missed one as my finger was reset after the dislocation) of basketball, and this is mainly due to great bunch of blokes from Somerton Baptists who I played with for the South Australian B Grade team. These guys are so into the game they have their own basketball website @ http://www.leaguelineup.com/welcome.asp?url=somertonthunder


Our team played with great spirit throughout the carnival and had a lot of fun, we prayed before every game and even though our team plays hard there was no biffo with the other team. Also I have never been involved with so many honest calls to give the ball to the opposition on the sideline after a disputed out of bounds. At the end of every game we all gathered, both teams in a large circle arm in arm to give three cheers for each team and one to the refs. So to Josh, Bando, Ben, Howie, & Nick thanks for an awesome week.

Just a thought.
Posted by Captain Collo at 8:22 AM

Thanks for being part of the week. I am glad that you took something away from it. It is always nice to think that the little things that you do in life can make a positive impact on others. It was certainly a pleasure to have you and Noah as part of the team, looking forward to next year already.