a Biblical thought...
Therefore I tell you, whatever you ask for in prayer, believe that you have received it, and it will be yours. And when you stand praying, if you hold anything against anyone, forgive him, so that your Father in heaven may forgive you your sins. (Mark 11:24-25)

a Book thought...
To be a disciple of Jesus means engagement - engagement with Jesus, with others, with the world around us. It's under the real-life situations and strains of interacting with people that Jesus shapes his followers' chracter. (p102 Logan & Miller) 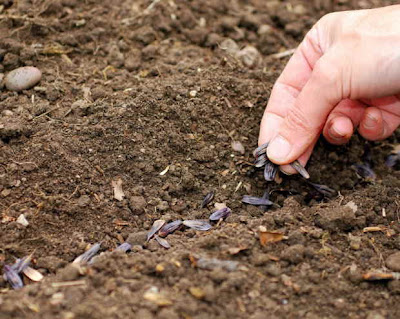 Maybe we should no longer use the phrase Corps planting but rather Corps sowing, as often we we start our corps with our version in mind rather than letting it mature into a version of Salvationism that suits the culture it is sown into.
Just a thought.
Posted by Captain Collo at 7:43 AM