a Biblical thought...
After Job had prayed for his friends, the LORD made him prosperous again and gave him twice as much as he had before. All his brothers and sisters and everyone who had known him before came and ate with him in his house. They comforted and consoled him over all the trouble the LORD had brought upon him, and each one gave him a piece of silver and a gold ring. (Job 42:10)

a Book thought...
Officers in 1828, as they schemed to feed and provide for the poor, did not know when they would receive their next allowance or how much it would be. "We lived by faith," more than one officer recalled. (p131) 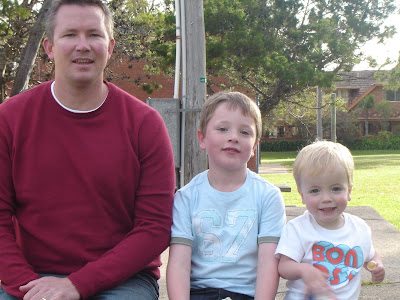 a Dave thought...
Over the last couple of weeks it has been very relaxing spending time with my family in Merimbula. Over this time, sometimes to Kylie's embarrassment, I had many conversations with strangers. Many of these exchanges start with comments about our children's names - Noah & Josiah. Over morning tea one lady was very quick to judge 'you must be Christians' which we gladly admitted to which began an in depth conversation about her local church. She went on to explain how she grew up 'Uniting' and over the last 10 years joined a Pentecostal church but like most local congregations can no longer afford a pastor and a building. They now have ended up as a house church, which this sixty year-old explained was the most economically sound way as they met every Wednesday opened Gods word together, shared and supported each other. She said they still believe in tithing but as they have no expenses to run their church they just give that money away to anyone in need as God leads them. It was one of the many fascinating conversations I had and a great insight with the decline of the local church how many Australians are living out their faith today.
Just a thought.
Posted by Captain Collo at 6:13 AM