a Biblical thought...
These are the words of him who is holy and true, who holds the key of David. What he opens no one can shut, and what he shuts no one can open. (Revelation 3:7)

a Book thought...
Jesus set the pattern for our praying. He did not determine his own agenda, then ask his Father to bless it. Rather, whatever the Father told Jesus to do, that became Jesus' course of action. (p118) 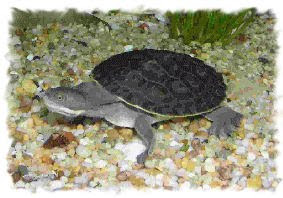 a Dave thought...
After a few days of discussion we finally convinced our 7 year old he was too young for an iPod touch! So the night before Christmas he decided he wanted a turtle instead from Santa. This resulted in a last minute email at 9pm Christmas eve to Santa. Noah was fortunate that Santa took last minute requests so a letter was left under the tree on Christmas day. It explained that Santa does not carry live pets on the sleigh but if he passes this letter on to his mum and dad that they can arrange a pet turtle. The result after a busy Boxing Day is that we now have have two pets in the Collinson household, Tex the turtle has joined Rex the rabbit. Noah continued to ask if Santa is just made up and without lying I managed to just make it to Christmas with some mystery. Somehow I think it will be the last Christmas Santa will come to Noah, but it sure was fun while it lasted.

Just a thought.
Posted by Captain Collo at 9:13 AM