a Biblical thought...
You must present as the LORD's portion the best and holiest part of everything given to you. (Numbers 18:29)

a Book thought...
Because the apostles and other early Christian leaders chose mission over refuge, the Christian movement survived and thrived. (p92) 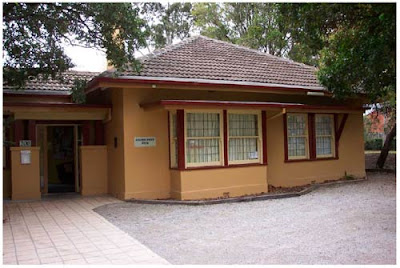 a Dave thought... from The Age
$6.4 billion has been budgeted to provide more than 20,000 new dwellings, the largest investment in public housing in Australia's history.
In making this bold investment, Prime Minister Kevin Rudd has returned public housing to its rightful place as a key part of social policy, sending the powerful message to policymakers, advocates and the community that public housing must be a priority.
When public housing started more than 60 years ago, it was celebrated as good, compassionate social policy, but more recently it has developed a poor image and the name itself has become a dirty word. It has been seen as a failure and an old-school solution that would be better left to the market to work out.
Public housing works and this investment will produce significant social and economic returns. With this policy, the Prime Minister has made it clear he is serious about meeting his target of halving homelessness by 2020 and shown that he understands that meeting that target hinges on increasing the nation's supply of affordable housing.

Just a thought.
Posted by Captain Collo at 6:57 AM