a Biblical thought...
Yet the news about him spread all the more, so that crowds of people came to hear him and to be healed of their sicknesses. But Jesus often withdrew to lonely places and prayed. (Luke 5:15-16)
a Book thought...
Eight years would pass before he would be rid of the continual struggle to keep his experience, and to act at all times like Jesus. (p30) 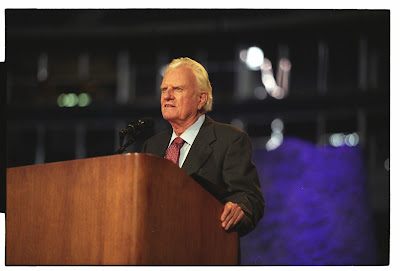 a Dave thought... by David Fitch

MYTH 1: If You Preach a Good Sermon the Church Will Grow
Anyone still holding onto the premise—if I just preach a good sermon, they will come—and ministering in a post-Christendom context, must either compete or be grossly disappointed with the continued dwindling of his/her congregation.

MYTH 2: Who You Preach To is Who You Will Reach
I have heard it said repeatedly “who you preach to is who will come.” This has worked within Christendom for centuries. Today, in post-Christendom, it has become another dying myth that IMO should be dispelled.

MYTH 3: The Goal of Preaching is to Make the Bible Relevant
We pastors, who are at the end of our wits in the fields of post-Christendom, will often try to make our preaching more relevant. Caught between the winds of the Neo-Reformed who argue “we just need to preach the truth and they will come,” and the mega church gurus who argue that “we need to make the Bible relevant,” we make a last ditch effort to do the latter (because we’ve already tried the former). Sadly however, this is a Christendom attitude that attempts to pull in the Christendom leftovers with a more updated gospel ready made to fit their already Christianized lives.

Just a thought.
Posted by Captain Collo at 7:43 AM