a Biblical thought...
I tell you the truth, if you have faith as small as a mustard seed, you can say to this mountain, 'Move from here to there' and it will move. Nothing will be impossible for you. (Matthew 17:20)
a Book thought...
Life can only be understood backwards, but it must be lived forwards. (p89) 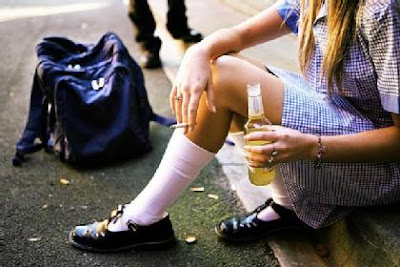 a Dave thought...
Research commissioned by The Salvation Army shows more than two million Australians were younger than 10 when they first tried alcohol. The Roy Morgan research also showed that 12 million Australians were unaware of new national guidelines which advise the safest option for teenagers is to delay drinking for as long as possible. The Salvos said the research was alarming, adding it was concerned the message that children under 18 should not drink is not getting through.
"The latest federal guidelines emphasise that the safest option for teenagers is to delay the onset of drinking for as long as possible," The Salvation Army's Major Brad Halse said.
"It is widely thought that supervised introduction of alcohol to young people in the home minimises the risk of the young person developing problem drinking patterns later in life.
"In fact, research clearly indicates the reverse - that the earlier a person is introduced to alcohol, the more likely they are to develop drinking problems later," he said.
The Salvos released the research on Monday as part of a campaign to educate the community about the national guidelines, developed by the National Health and Medical Research Council, and the dangers of youth drinking. The research also showed that 1.7 millions Australians believed it was safe to give a child under 12 years of age an occasional sip of alcohol, while five million felt it was okay for someone 15 years or younger. Seven million Australians had their first taste of alcohol in the home, while 8.8 million first drank with their family. The Roy Morgan research was based on a telephone survey last month with a random sample of 687 people aged 14 years and over.

Just a thought.
Posted by Captain Collo at 7:23 AM