a Biblical thought...
Then he said to them all: If anyone would come after me, he must deny himself and take up his cross daily and follow me. For whoever wants to save his life will lose it, but whoever loses his life for me will save it. (Luke 9:23-24)

a Book thought...
"When it comes to preaching, I believe it is the prophet’s high privilege to get the messages directly from God Himself.” 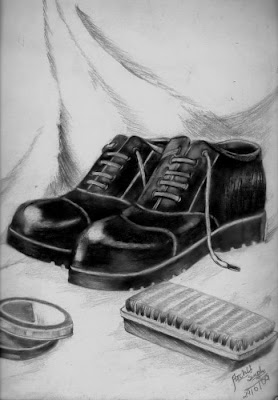 a Dave thought...
At TYBI yesterday I shared the story of Brengle and how we can learn from his life. It is interesting to note that 58- year-old William Booth’s welcome to 27-year-old Samuel Brengle was… “Brengle, you belong to the dangerous classes. You have been your own boss for so long that I don’t think you will want to submit to Salvation Army discipline. We are an Army and we demand obedience.”

The next year at the Salvation Army Training Barracks in London one of Samuel's first duties was to blacken and shine the boots of his fellow cadets – 18 pairs, a job that was considered menial. Rather than complain he reminded himself of the fact that His Saviour did not consider it beneath Himself to wash the feet of the disciples.

Just a thought.
Posted by Captain Collo at 6:15 AM