The ladder of influence

a Biblical thought...
No one from the east or the west or from the desert can exalt a man. But it is God who judges: He brings one down, he exalts another. (Psalm 75:6-7)

a Book thought...
Herbert, stating his own conception of preaching, said: The day of ‘stand and deliver’ style of oratory, the measured, balanced sentences falling from trained lips in faultless tone has gone by – dead and done for. (p329) 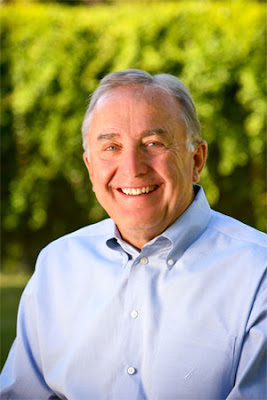 a Dave thought...
Last night I attended a leadership dinner which featured presenters from Leadership Catalyst. The evening speakers were Bill Thrall (pictured above), Bruce McNicol, and John Lynch who travelled over here from the USA to be be part of the TrueFaced Conference. These three guys spoke about character and capacity and how we often are so concerned about what we do we often undervalue who we are. They used the image of the ladder and how we can climb the ladder of influence if we have relationships of trust and environments of grace. We learnt that the No. 1 cause of leadership failure is isolation and how important it is to have people we can trust around us to share our lives with. Areas of our character we can all continue to work at are based around humility, submission, obedience and suffering.

Just a thought.
Posted by Captain Collo at 6:04 AM