a Biblical thought...
I know that the LORD is great, that our Lord is greater than all gods. The LORD does whatever pleases him, in the heavens and on the earth, in the seas and all their depths. (Psalm 135:5-6)

a Book thought...
The ‘destiny’ Ford referred to is actually made up of two components: what one is good at (aptitude) and what one loves doing (passion). Fulfilling your destiny creates your work, that
which you do in order to give meaning to your life. Understanding your own uniqueness is therefore one of the major steps on the pathway to becoming a future-maker. (p99) 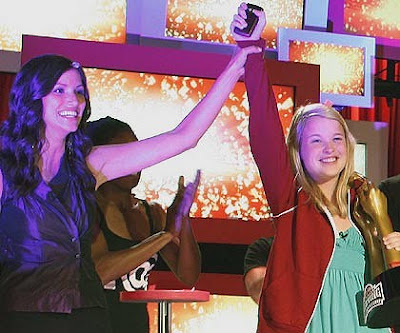 a Dave thought... The Age
America's newest texting champion has a message for parents across the land — although they might not want to hear it.
"Let your kid text during dinner! Let your kid text during school! It pays off," 15-year-old Kate Moore said after winning the LG US National Texting Championship.
After all, she said: "Your kid could win money and publicity and a phone".
For the Des Moines, Iowa, teenager, her 14,000 texts-per-month habit reaped its own rewards, landing her the competition prize of $US50,000 just eight months after she got her first mobile phone.
Moore, with a speedy and accurate performance, beat out 20 other finalists from around the country over two days of challenges such as texting blindfolded and texting while manoeuvring through a moving obstacle course.
In the final showdown, she out texted 14-year-old Morgan Dynda, of Savannah, Georgia.
Both girls had to text three lengthy phrases without making any mistakes on the required abbreviations, capitalisation or punctuation. Moore squeaked through by a few seconds on the tiebreaking text, getting the best two out of three. As she anxiously waited for confirmation of her win, tears streamed down her face.

The teen dismisses the idea that she focuses too much on virtual communications, saying that while she has sometimes had her phone taken away from her in school, she keeps good grades, performs in school plays and socialises with friends — in person — on the weekends.
In between, she finds time to send about 400 to 470 texts a day. Among her uses of the text messages? Studying for exams with friends, which she says is better done by text because she can look back at the messages to review.

Just a thought.
Posted by Captain Collo at 7:32 AM