a Biblical thought...
Let's build a great city with a tower that reaches to the skies - a monument to our greatness! (Genesis 11:4)

a Book thought...
When God allows one door to close, it may be because he is preparing to open a more effective door of service to you somewhere else. (p147) 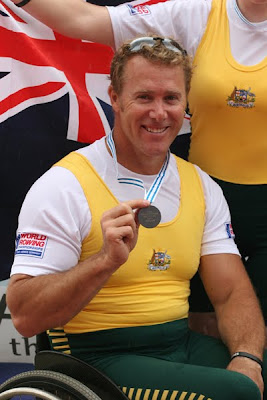 a Dave thought...
One thing I really enjoy is reading autobiographies especially of athletes and their rise to success. So on my Christmas list was once again books, such as the story of Cadel Evans, Lance Armstrong but the last one one was slightly different - John Maclean. (http://www.johnmaclean.com.au/) I met John while competing at the Busselton Ironman in December where he was competing in about his tenth Ironman. John was an in a different category to me though as he was racing in a wheelchair. When I saw him get carried into the water early on that Saturday morning in December to begin the 3.8km swim I knew this man was special. I really enjoyed the autobiography and learnt how he was knocked off his bike in Sydney while training for a triathlon in 1988. He was very lucky to survive but since that time has just overcome so many adversities and competed in hundreds of events around the world. But the one thing that will stay in my mind is that he realised his life was never better than when he started doing things for others. He has set up the John Maclean foundation which raises money to help young wheelchair victims get their lives back on track. So if you want a good book to read give "Full Circle" a go.

Just a thought.
Posted by Captain Collo at 6:47 AM