The Death of the Charismatic Leader

a Biblical thought...
"I tell you that this man, rather than the other, went home justified before God. For everyone who exalts himself will be humbled, and he who humbles himself will be exalted." (Luke 18:14)

a Book thought...
My light was lit to shine where the darkness is, not where all is light and radiance. (p112) 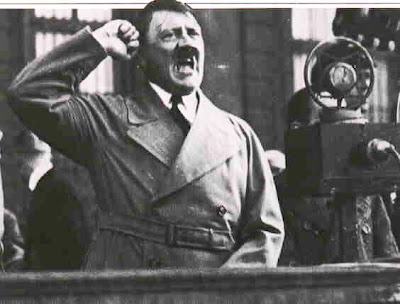 a Dave thought... by Jim Collins
Almost by definition, an enduring great company has to be built not to depend on an individual leader, because individuals die or retire or move on. What's more, when a company's identity can't be separated from the identity of its leader, it can't be known for what it stand for. Which means it sacrifices the potency of being guided by its core purpose.
So the charismatic-leader model has to die. What do you replace it with? The task that the CEO is uniquely positioned to do: designing the mechanisms that reinforce and give life to the company's core purpose and stimulate the company to change.
Building mechanisms is one of the CEO's most powerful but least understood and most rarely employed tools. Along with figuring out what the company stands for and pushing it to understand what it's really good at, building mechanisms is the CEO's role—the leader as architect.
The old role is still seductive, though. Past models have glorified the individual leader, especially when he or she was an entrepreneur. And charismatic-style CEOs understandably find it hard to let go of the buzz that comes from having an intense, direct personal influence. But a charismatic leader is not an asset; it's a liability companies have to recover from. A company's long-term health requires a leader who can infuse the company with its own sense of purpose, instead of his or hers, and who can translate that purpose into action through mechanisms, not force of personality.
However hard the transition to architect might be, there are three issues, affecting every CEO, that encourage it—and eventually may even force it. One: time for creativity. Two: time span. And three: scale.
First, let's discuss creativity. As personally energizing as it is to have an effect on an employee and to touch his or her life, it's so energy absorbing that you're never left with enough time or spirit for real creative reflection or real creative work. Which is what mechanism building should be. The absence of that time is one great source of burnout.
The second concern is time span. Clearly, building a mechanism will have a much longer-lasting effect than leading by virtue of your presence. A mechanism doesn't depend upon you. If a truck hits you tomorrow, the mechanism will still be there.
The last concern, scale, is the most crucial. You can't build something really big just on charisma alone. At some point the scale is too great; you can't reach that many people. If you want something to really grow over time, you've got to build mechanisms that can touch everybody every day. What you get in the end is more reach, more power, the ability to affect more people. It's a leverage game.
This is a fabulous article from Jim Collin's website and although I agree we will always have some charismatic leaders in our movement I believe one of the strengths of The Salvation Army is the fact that we have an appointment system which generally every few years ensures that a personality does not become bigger than the role itself.
Just a thought.
Posted by Captain Collo at 5:47 AM