a Biblical thought...
Jesus saw the rich putting their gifts into the temple treasury. He also saw a poor widow put in two very small copper coins. "I tell you the truth," he said, "this poor widow has put in more than all the others. All these people gave their gifts out of their wealth; but she out of her poverty put in all she had to live on." (Luke 21:1-4)

a Book thought...
The penitent-form was the immediate goal, the focal spot, toward which Brengle's every point in his meeting technique turned. (p135) 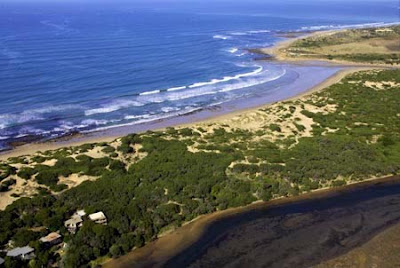 a Dave thought...
Yesterday Kylie and myself received farewell orders. Our new appointment is Corps Officers of South Barwon, effective January 13. The new TY's are the very capable Captains Rachel & Rowan Castle who currently serve in chaplaincy and DY in South Australia. We believe the timing is good for both the territory and our family, so we are looking forward to the return to corps ministry. Kylie and I were soldiers at Stawell for the first two years of our marriage in 93 & 94 so the Western Victoria Division brings some great memories for us. Our seven year-old Noah has had hundreds of questions so last night we made the short drive down the highway to Geelong and got to see his new school, home, and the hall. Being 10 minutes from the Surf Coast is very appealing for some of our family. As Kylie and I are both officer children the thought of moving is obviously not new to us but for Noah it obviously quite a deal. Anyway things went well as we toured around our new suburb and when dropped into the hall we even got to hear a great rendition of 'Morning Star' by the South Barwon band. Now for the packing...

All the best for your new appointment. Yesterday was my first experience of moves, and I'm sure I'll get to know the day far better into the future.
Though I haven't been around long, from what I've heard your work as TYS has been awesome (and the training received just recently has been very helpful). I'm sure the new TYS will be just as awesome, as you will be in your new appointment.

Collo, all the best for the year/s to come and see you next year at the Geelong Carnival. No doubt you'll be involved with it now! ;-) From all the guys at the Somerton Thunder.