a Biblical thought...
Don't bargain with God. Be direct. Ask for what you need. This is not a cat-and-mouse, hide-and-seek game we're in. (Luke 11:10)

a Book thought...
If He commands you to do something, then He'll back it up. Truth to know: What God commands, God enables. (p28 Court) 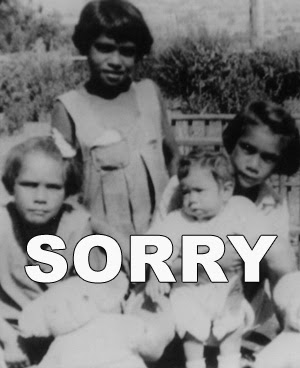 a Dave thought...
Australia has formally apologised to the stolen generations with Prime Minister Kevin Rudd reading a speech in Federal Parliament this morning.
The speech was read at 9am to the minute, as the first action of the second sitting day of the 42nd Parliament of Australia.
Both Mr Rudd and Indigenous Affairs Minister Jenny Macklin received a standing ovation as they entered the Great Hall before the Prime Minister delivered the speech.
The 361-word speech was completed by 9.03am and was watched by hundreds of parliamentarians, former prime ministers and representatives of the Indigenous community.

As I was home ill once again I was fortunate to see this live. Kevin Rudd was true to his pre-election promises and apologised to the stolen generations. It was really moving to watch this, to see members of the aboriginal community wipe tears from their faces and then the standing ovation at the end also spoke volumes to me. But perhaps what got my attention the most was the fact that the Prime Minister and opposition leader agreeing and shaking hands on issues that matter most.

Just a thought.
Posted by Captain Collo at 10:49 AM