a Biblical thought...
"Yes—and if you embrace this kingdom life and don't doubt God, you'll not only do minor feats like I did to the fig tree, but also triumph over huge obstacles. This mountain, for instance, you'll tell, 'Go jump in the lake,' and it will jump. Absolutely everything, ranging from small to large, as you make it a part of your believing prayer, gets included as you lay hold of God."
(Matt 21:21-22)

a Book thought...
If an organisation wishes to benefit from its own creative potential, it must be prepared to value the vagaries of the unmeasurable as well as the certainties of the measurable. (p197 MacKenzie) 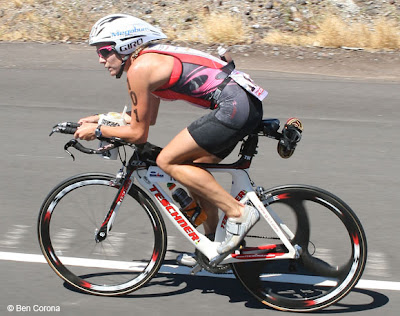 a Dave thought...
Some of you may know already that I am a big fan of the Hawaiian Ironman event. This is the triathlon event around the globe that all serious triathletes dream to win, as it is the birthplace of Ironman 30 years ago. The race consists of 3.8km swim, 180km bike and 42.2km run then add the extreme conditions in Kona cycling through the lava fields of temperatures up to 35 degrees Celsius. Well on Sunday just gone not only did it grab my attention as another Aussie male won the race but more so for the act of Rebekah.
Chrissie Wellington was leading by five minutes at the 55 mile mark in the cycle when the puncture occurred, however both of her air cartridges (which are used to quickly inflate the inner tubes) failed, leaving her stranded by the side of the road. After many fellow competitors passed Chrissie, it was the compassion of Rebekah Keat who came to the rescue as the Australian stopped to hand Wellington a working cartridge enabling the defending champion to continue. Chrissie then fought back from 20th place and won the world championship event. “I have to say a huge thanks to Rebekah, she’s a legend,” Wellington said at the finish line. “To me what she did epitomizes everything that is good about the sport. Without it, I wouldn't have finished."
Its good to see there are still gracious acts that happen in competitive sporting environments around the world. For me Rebekah is the real winner of Ironman 08 and a modern day Good Samaritan.
Just a thought.
Posted by Captain Collo at 6:13 AM

You're right David - Bek's heart is as big as her lungs (and being an Ironman and all, her lungs are masssive!).