a Biblical thought...
Word got around the entire Roman province of Syria. People brought anybody with an ailment, whether mental, emotional, or physical. Jesus healed them, one and all. (Matt 4:24)

a Book thought...
To find Orbit around a corporate Hairball is to find a place of balance where you benefit from the physical, intellectual and philosophical resources of the organisation without becoming entombed in the bureaucracy of the institution. (p33 MacKenzie) 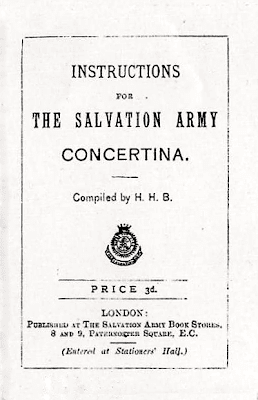 a Dave thought...
It was great to have the Box Hill Salvo Big Band play a few numbers yesterday in the service as we wished them all the best for their trip to Korea this week. They along with the MSB are performing at the Korean Centennial Congress in Seoul and I'm sure will be an absolute hit, with their swing style and outstanding musicianship.
It continues to amaze me how when some hear this band for the first time they seem surprised that the Army has such contemporary music groups. I personally think that even though we had the Joy Strings in the 60's and groups such as Solid Rock in the 70's we have never seemed to encourage our new music groups enough. Commissioner Joe Noland shared with me over lunch how they had a evangelical folk song group happening in the 60's that was getting national media coverage in the states but due to the appointments made to those officers involved was ceased. Well it is great that from 1878 brass bands have been used with amazing success and due to their portability and volume have been enormously successful. But it seems over the last couple of generations we have lost the desire to use cutting edge music as a means to reach people as we once did, but rather we just keep investing in what we know best.

Just a thought.
Posted by Captain Collo at 5:05 AM