a Biblical thought...
Since my youth, O God, you have taught me, and to this day I declare your marvelous deeds. Even when I am old and gray, do not forsake me, O God, till I declare your power to the next generation, your might to all who are to come. (Psalm 71:17-18)

a Book thought...
I do not think that you will ever get intelligent and able men to acquiesce for long in a system so exacting in which they themselves are denied the right to participate. (p277) 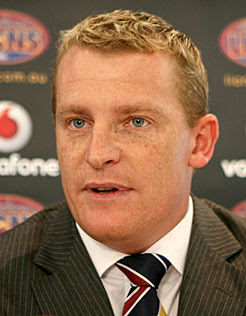 a Dave thought...
Often when driving I listen to my favourite radio station SEN - Sports Entertainment Network. This station delves into the really deep things of life - sport, and does this 24/7. As the topic of conversation yesterday was about recruiting a new coach it was fascinating to hear some of the views of experts and callers. Some believe you are best to go for a proven older coach while others believe someone younger who has just finished his playing career. But the view I was interested in most was that of past AFL coach David Parkin. He suggested the best way forward was to put a young leader in place who has energy & fresh ideas but they must have a critical friend alongside them. A critical friend is a great title as many would perceive it as an oxymoron but we all need a critical friend in our lives. Someone who tells us the honest truth about our character and our decisions but also someone you know you can rely upon to be there no matter what happens along the way.

David went on to explain that critical friend must be someone with more experience who has been in a similar position before but has no interest in taking their job. He suggested the Brisbane Lions as a good example with Michael Voss, a new coach with no experience with Wayne Brittain an ex-coach now assistant alongside him. So why is this relevant to The Salvation Army? It seems we continue to struggle to promote younger leaders into command positions, and when it happens they are often appointed as assistants. Maybe a way of appointing younger leaders in our movement to positions such as a Divisional Commander would be to appoint a 40-something leader with a 60-something leader as their assistant and their critical friend.

Younger leaders in the Salvation Army do not show that they have the capacity and maturity to adequately lead others. They like to talk themselves up in their blogs, yet will not respond to any criticism of their opinions. Whereas an older leader like the TC has the fortitude to respond to his critics. You, Steven and your future leaders in the training college could learn from someone like that.

Jack, do you know any non blogging young leaders in the SA?

Ive been fortunate enough to know many non blogging young leaders (soldiers & officers) , who lead maturly, with love, with appropriate tenacity, and certainly with utmost capacity and capability.

Capacity is in the eye of the beholder. The blogging young leaders may appear naive and immature, however their capacity in their real time lives may and probably do exceed others.

Why not begin your own blog, so others can judge through the lenses of the internet, your capability and maturity?