a Biblical thought...
Choose my instruction instead of silver, knowledge rather than choice gold, for wisdom is more precious than rubies, and nothing you desire can compare with her. (Proverbs 8:10-11)

a Book thought...
If the destination is new the means to get there will require innovations. (p130) 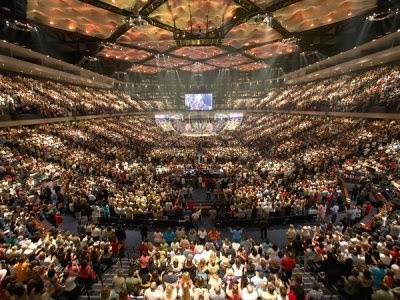 a Dave thought...www.hartsem.edu/
The National Survey of Megachurch Attenders drew 24,900 responses from 12 carefully selected megachurches across the U.S. Conducted January to August 2008, it is the largest national representative study of megachurch attendees conducted by any researchers to date. Here are some of the findings...
• Young and single adults are more likely to be in megachurches than in smaller churches.
• Nearly two-thirds of attenders have been at these churches 5 years or less.
• Many attenders come from other churches, but nearly a quarter haven’t been in any church for a long time before coming to a megachurch.
• Attenders report a considerable increase in their involvement in church, in their spiritual growth, and in their needs being met.
• Forty-five percent of megachurch attenders never volunteer at the church.
• New people almost always come to the megachurch because family, friends or coworkers
invited them.
• What first attracted attenders were the worship style, the senior pastor and the church’s reputation.
• These same factors also influenced long-term attendance, as did the music/arts, social and community outreach and adult-oriented programs.
• Attenders can craft unique, customized spiritual experiences through the multitude of ministry choices and diverse avenues for involvement that megachurches offer.

Just a thought.
Posted by Captain Collo at 6:28 AM

Interesting findings Dave. Especially that 2/3 have been at the church 5 years or less. This high turnover of people is one of the reasons it must be so hard to grow & maintain a Megachurch.

By the way, have you seen any Salvo figures from the National Church Life Survey 2006? If so, I'd be interested if we're growing or not.