a Biblical thought...
He chose David his servant and took him from the sheep pens; from tending the sheep he brought him to be the shepherd of his people Jacob, of Israel his inheritance. And David shepherded them with integrity of heart; with skillful hands he led them. (Psalm 78:70-72)

a Book thought...
Herbert Booth was endowed with exceptional gifts. Like our beloved father, the Father of The Salvation Army, he had the genius for organisation. He was a natural pioneer. He never lacked the courage required for initiative work. (p437) 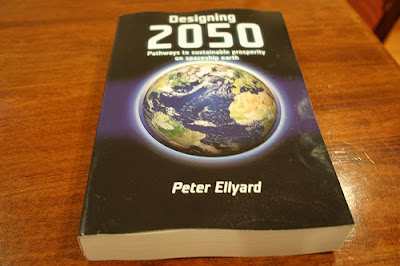 a Dave thought...
Yesterday I attended a Just Leadership breakfast where I was privileged to hear and meet Dr Peter Ellyard a futurist and strategist who lives in Melbourne. He has recently published a book titled Designing 2050.
An inspirational blueprint for those wanting to be future makers rather than future takers, this book offers a third choice. According to Peter we are at a tipping point in history. Globalisation, increased technological and social innovation, the growth of the educated middle class and democracy, and a shared awareness of our ecological vulnerability are combining to offer us a chance of designing sustainable, diverse societies which are prosperous in every way.
It looks like a fascinating read and you can download it for $5 @ http://www.lulu.com/content/1711089
Just a thought.
Posted by Captain Collo at 5:04 AM