a Book thought...
In 1890 for the twenty-fifth anniversary Herbert organised a celebration at Crystal Palace. Three hundred bands from outside London arrived, which resulted in a company of five thousand instrumentalists. In addition to these there were gathered together sixty thousand Salvationists representing every section of the globe. (p82) 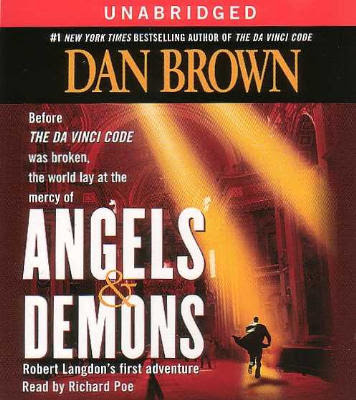 a Dave thought...
Dan Brown's book Angels and Demons draws us in by its fast-moving plot. But it also contains fascinating examples of our modern struggles to come to terms with science. Ambivalent attitudes come to the surface as we read.
On the one hand, we admire the progress of science, the almost magical character of some of its great achievements. It offers the power not only to understand the world but to spin off technological products like high-speed jets and retinal pattern identifiers.
On the other hand, we fear science. Will it get out of bounds? Memories of the Frankenstein monster and mad scientists and the atomic bomb rise in our minds. And even if the scientists are decent people, will their pride or their secrecy or their desire for achievement push them? Will they, like father and daughter Vetra, make risky judgments that end up endangering the world?
This excerpt is from http://www.jdgreear.com/ where it also explores the following questions...

Can Science Answer Ultimate Questions?
What Is the Future of Religion?
Is There Evidence that God Created Earth?
Does Religion Fear Science?
Is the Bible True?
Just a thought.
Posted by Captain Collo at 5:39 AM

This clip will explain: