The Cloud & the Tower

a Biblical thought...
As the deer pants for streams of water, so my soul pants for you, O God. (Psalm 42:1)

a Book thought...
In revulsion against the "flat rate" system of officer appointments that afterward prevailed, Herbert said "God does not make cabbages all alike. My father, with his best intentions in the world, is trying to reverse the law of nature. One man can carry a load of coals on his back, while another would be crushed under it." (p66) 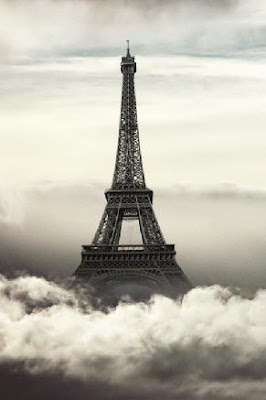 a Dave thought... by Mark Pesce
In the 21st century we now have two oppositional methods of organization: the hierarchy and the cloud. Each of them carry with them their own costs and their own strengths. Neither has yet proven to be wholly better than the other. One could make an argument that both have their own roles into the future, and that we’ll be spending a lot of time learning which works best in a given situation. What we have already learned is that these organizational types are mostly incompatible: unless very specific steps are taken, the cloud overpowers the hierarchy, or the hierarchy dissipates the cloud. We need to think about the interfaces that can connect one to the other. That’s the area that all organizations – and very specifically, non-profit organizations – will be working through in the coming years. Learning how to harness the power of the cloud will mark the difference between a modest success and overwhelming one. Yet working with the cloud will present organizational challenges of an unprecedented order. There is no way that any hierarchy can work with a cloud without becoming fundamentally changed by the experience.
All organizations are now confronted with two utterly divergent methodologies for organizing their activities: the tower and the cloud. The tower seeks to organize everything in hierarchies, control information flows, and keep the power heading from bottom to top. The cloud isn’t formally organized, pools its information resources, and has no center of power. Despite all of its obvious weaknesses, the cloud can still transform itself into a formidable power, capable of overwhelming the tower. To push the metaphor a little further, the cloud can become a storm.
All 21st century organizations need to recognize and adapt to the power of the cloud. It’s either that or face a death of a thousand cuts, the slow ebbing of power away from hierarchically-structured organizations as newer forms of organization supplant them. But it need not be this way. It need not be an either/or choice. It could be a future of and-and-and, where both forms continue to co-exist peacefully. But that will only come to pass if hierarchies recognize the power of the cloud.
Just a thought.
Posted by Captain Collo at 6:40 AM

I like clouds. Especially the ones on the Simpsons. Which I have not seen for 3 weeks and 3 days.

So that's what I've been describing to territorial leadership.