a Biblical thought...
Jesus answered, "Everyone who drinks this water will be thirsty again, 14but whoever drinks the water I give him will never thirst. Indeed, the water I give him will become in him a spring of water welling up to eternal life." (John 4:13)
a Book thought...
Always, whether in the front or rear of the march, whether as Cadet or Commissioner, he was to all available, within reach, ready to serve, anxious to bless. (p167) 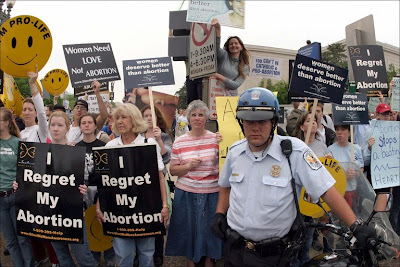 a Dave thought... by J.R. Kerr
Over the last few decades, a generation of significant pastors and leaders has encouraged us to raise the bar of leadership within the church. They have drawn heavily from corporate and secular models, and they have elevated the values of excellence and efficiency. But my generation has grown skeptical of these values and the leadership principles that produced them. They are increasingly seen as too corporate, too controlling, and the source of too much consumerism within the church.
My generation is hungry for something more than the 15 principles for building a better team or the 21 reasons why you should be a servant leader. They are not content filling a role on a task force for church growth. They are hungry for more. They want a voice. They want influence. They are a generation that isn't content receiving a vision; they want to be part of shaping and creating the vision. My generation believes in open source influence.
A ministry friend relayed a story that captures the generational shift we are experiencing. He was out to lunch with a volunteer leader from his church to discuss the next layer of the vision for the ministry. After listening for a while, the supporter said to my friend, "You know I am a huge fan of your ministry and I will always support you, but we only hear about your ideas and dreams. We have ideas and dreams too. We have thoughts about how to carry the kingdom of God forward. When do our visions, dreams, and ambitions for ministry get heard?"
My friend retold the story with tears in his eyes, but I felt sick to my stomach. I realized that I have been that kind of leader. I have been the pastor who creates just enough space for people to feel part of the team, but not enough to actually give them authority to shape the direction and look of our ministries. That is the difference between leading via task force and leading via open source. Task forces see people as a way to implement leaders' ministry ideas. Open source sees people as the source of ministry ideas. One model requires leaders to control; the other model requires leaders to empower.

Just a thought.
Posted by Captain Collo at 5:08 AM

LOVE THIS... absolutely spot on!!!

This really gave me a kick in the backside!