The Youth have Spoken

a Biblical thought...
Then Jesus cried out, "When a man believes in me, he does not believe in me only, but in the one who sent me. When he looks at me, he sees the one who sent me. I have come into the world as a light, so that no one who believes in me should stay in darkness. (John 12:44-46)
a Book thought...
Brengle was not of that school which declares all sickness and infirmity to be closely related to sin, and hence outside of God’s purpose and will. (p210) 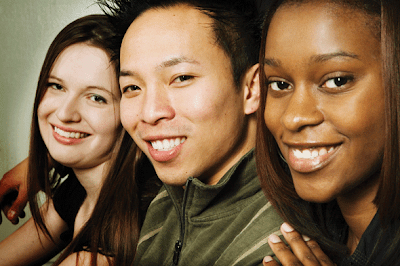 a Dave thought...
Over the past two decades, The Salvation Army in Canada and Bermuda has experienced a significant decline in church membership and Sunday attendance. Of particular concern has been the loss of many young people. In 2007, the territory began a research project with the hope of gaining a better understanding of the rates and causes of young adult attrition. James Pedlar, a young Salvationist pursuing a doctorate in systematic theology at the University of Toronto, was tasked by The Salvation Army to oversee this project.

When it comes to youth retention, what are the significant issues?
It was challenging to summarize the hundreds of hours of conversations that took place over the past two years, but five themes did emerge that cover the major issues raised. These are: authentic discipleship; unity in mission and diversity of expression; distrust of Salvation Army structure; a variety of views on soldiership and membership; and the desire for changes to officership.

What hope can the Army find in this report?
The strongest reason for the Army to be hopeful for the future is that the idea of The Salvation Army still has a universal appeal. I did not meet one young adult who objected to the mission of the Army. Even young people who have left the Army are still excited about the heritage of the Army, the strong emphasis on mission, and the combination of evangelicalism and a commitment to social justice.

Youth are calling for the Army to be truer to its founding vision and roots. Their feedback is a call to reform and renewal. http://salvationist.ca/2009/10/the-youth-have-spoken/

Just a thought.
Posted by Captain Collo at 5:22 AM

The Salvation Army lost a lot of young people during a very dry period of Salvationism as tradition took the place of mission and ministry praise God we are starting to see the tide change and lets hope we can hang onto this generation and perhaps entice those that were lost through disullisionment to come back.

Had a look at the report - interesting? Yes. Anything new? Not really. In many ways what has been found is not new, we have had similary surveys with similar results. One would also think that only youth have these problems and want similar outcomes. For all of us, regardles of age or stage, there comes a time when we realize that anything worthwhile can't be acquired all at once. Christian discipleship is about a commit to a long obedience in the same direction rather than looking for instant discipleship. Instead we are impatient for results and some of us have adopted thelifestyle of a tourist and only want the high points.