a Biblical thought...
" 'In that day,' declares the LORD Almighty, 'I will break the yoke off their necks and will tear off their bonds; no longer will foreigners enslave them. Instead, they will serve the LORD their God and David their king, whom I will raise up for them. (Jeremiah 30:8-9)

a Book thought...
Only God can take out of your heart the evil things that have taken possession of it, and fill it with holy love and peace. To God you must look; to God you must go. (p41) 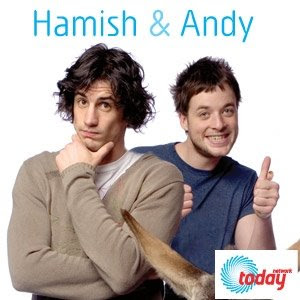 a Dave thought...
In a couple of weeks I am hosting a Roundtable event with a dozen participants to develop a Gen Y strategy for the Salvation Army. As I am always interested to read articles on peoples opinions on the culture of this generation I discovered this in yesterdays Herald Sun...
GENERATION Y might be lazy, but Baby Boomers are to blame.
I'm mighty sick of Baby Boomers heaping scorn on their offspring, accusing them of being "job snobs" - too good to do menial, low-paying work.
Boomers on the attack like Prime Minister Kevin Rudd and Opposition Leader Malcolm Turnbull should take responsibility for the situation. Their generation raised their children to be spoilt and self-absorbed.
Baby Boomers think they did it tough, being born in the aftermath of World War II, and coming of age in the '60s and '70s. And so they've worked hard to spare their kids the same rough deal.
But clearly they've gone too far, and instead spawned a generation who won't leave the house without their $79-a-month iPhone, $350 Ed Hardy jacket and $400 Nike Air Force One limited edition sneakers.
On their desk at home is their Macbook Pro laptop and in their pocket a tiny $700 netbook.
These are kids who don't talk, they twitter; they don't have mates, they have Facebook friends, and they don't have a night out without posting the photos on the net for everyone to see.
And they sure as hell don't want to do the crappy jobs that their parents - and even Gen Xers like me - took for granted. "We don't want to work for minimum wage, it's not worth it," my Gen Y guy says.
So where are they getting money?
"A lot of us are doing sales or retail work with commissions, so we work but feel like we're winning as well," he says. "Gen Y are lazy, so we want something for nothing as well and we don't want to work too hard."
Imagine growing up not knowing what a recession is, never having to balance a budget, never worrying about unemployment or interest rates.
Imagine a world where you spend more than you have but never get into trouble. Thanks to credit cards, you can just charge it, and by paying off the minimum each month, you never have to actually account for your spending.
It's also a world where your entertainment needs are met instantly. If you want the latest movie or song you download it from the internet. No stress if it's not legal, everyone's doing it, right?
Welcome to the world of Gen Y.
But make no mistake. It's a reality Gen Y is living in, but it's not one they created. Their Baby Boomer parents have done that for them.
For Baby Boomers it's all about looking like a success to others, so they ensure their kids go to the right schools, have the latest computers, hoodies and phones.
They want them to be confident, self-assured and strong, so they let them live at home as long as they want. They encourage them to stay at uni as long as they need to so they don't rush into a bad career choice.
And they subsidise their lifestyle so they don't have to ruin their CV by doing some menial, dead-end job instead of building their career.
But as the economy struggles, and interest rates and house prices soar, it's clear the Boomers aren't doing anyone any favours.
Had Gen Y been taught properly, they would know they have little chance of being plucked off the couch and into their dream job.
But when you've grown up in the world of reality TV stars, where their idols are everyday people elevated to the world of celebrity in a flash of publicity, you don't know any better.
Just look at their role models - comedians such as Hamish and Andy, Dave Hughes and Rove and his gang, who make a mockery of the Baby Boomer work ethos.
These guys are famous and funny and get paid heaps for just sitting around shooting the breeze with a few mates.
Of course, they really work bloody hard, but making it look effortless is part of the act. And Gen Y buys it.
So this just leaves Gen X to clean up the mess created by the whiny Yers and beastly Boomers.
We're the ones knocking our heads on the glass ceiling waiting for the oldies to retire, struggling with huge Boomer-imposed HECS debts, and still dreaming about owning our own homes thanks to Boomer-inflated housing prices.
But Baby Boomers have a lot of self-interest in getting the problem fixed - just think of all those unfunded pensions in years to come.

Believe me I am no 'whiney baby boomer'. And if, as you say, I am responsible for the next generation - then I am feeling very 'blessed' to see my children so independent, so spiritual, and their children. You cannot 'generalise' this.

Long time reader of your blog, Collo and enjoy it. There will always be generalisations in regards to Generational issues. But this article actually has some truth in the church as well. As a Generation X'er - I am too young to be involved in some ministries in the church - because Boomers are there and won't move on, but I am requried to move on from other ministries because the Gen Y's need to be given an opprtunity. And we wonder why the age group of late 20's to 40's has left the church and particularly the Salvation Army!
Maybe a discussion on engaging with Gen X needs to take place!

Agree entirely - the Gen Ys here in NZ are just as bad. Brought up by idiot Baby Boomers who crave the power of control but also act like they are still 20 to be best friends with their kids....its a crazy world we live in. The Baby Boomer generation have been responsible for Generation Y and its lazy self obsessed attitude, but that's not all. Despite numerous opportunities to make a stand and fix the environment they have made it worse over the last 30years - somewhere in the dope filled years of the 'rebellious' 60's they forgot how to fix things. Their greed is also responsible for the debacle of the latest economic collapse - how many gen Xers and gen Yers own multiple properties...? Not many? And property, other than your own home, is such a pathetic selfish non-productive asset. The one shining light is that finally their mis-management is being highlighted so that we never see this type of generation again - good ridence boomers, retire and fade away! GenX74