a Biblical thought...
All a man's ways seem right to him, but the LORD weighs the heart. To do what is right and just is more acceptable to the LORD than sacrifice. (Proverbs 21:2-3)

a Book thought...
The average toddler wants to know the answer immediately. This is curiosity-driven just-in-time learning and the best way to learn. (p165) 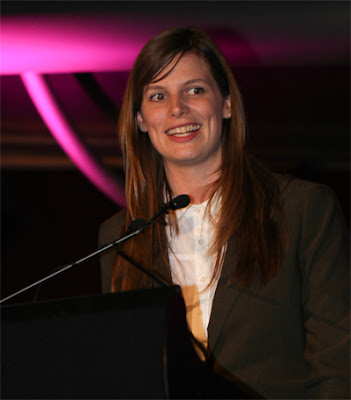 a Dave thought...
Yesterday was YouTHINK Day which was a joint initiative by the federal government and The Salvation Army. The 'youTHINK: Your Say' event brought together around 1000 young Australians, contributing to four themes: youth homelessness, the impact of the global recession on young people, the Compact with Young Australians and access to government services.
Utilising the national network of the Salvation Army, the event was held in more than 40 locations across Australia, with the main event taking place in Melbourne Town Hall.
As I attended the large gathering at the Melbourne Town Hall where over 300 youth gathered we also had a visit from the Honourable Kate Ellis the minister for Minister for Early Childhood Education, Child Care and Youth and the Minister for Sport. Kate Ellis, 31 has held the seat of Adelaide since 2004, when she became the youngest woman to ever be elected to the Australian House of Representatives, she is also the country's youngest ever federal minister, so to meet her was a real honour. I always find it inspiring to see young leaders making a significant impact in society as I believe being young should never stop anyone from holding influential positions.

Just a thought.
Posted by Captain Collo at 8:04 AM