a Book thought...
Don't tell people how to do things, tell them what to do and let them surprise you with their results. (George S. Patton) 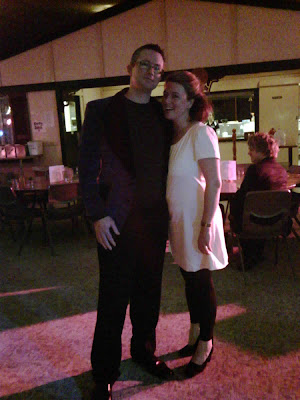 a Dave thought...
Last night was a lot of fun at TCAC as we held the annual Date Night. As the dress code was Op Shop formal the campers all brought along their favourite 70 -90's clothes for the occasion. All the girls then were partnered with a guy which was randomly done the night before by the girls taking a name out of a hat. They then were announced as a couple and had to parade into the dining hall arm in arm and take their seats. It is also mandatory that the guys serve their date throughout the evening by getting their dinner and drinks for them. It was great to see everyone join in as one of the highlights of camp is how everyone is included as part of one army no matter what corps or division they come from. Tonight we will have an opportunity for the campers to share and also to make commitments. Pray with us that this will be another significant time in the lives of these young people.

Just a thought.
Posted by Captain Collo at 1:14 PM