a Biblical thought...
They weren't in love with themselves; they were willing to die for Christ. (Rev 12:10)

a Book thought...
So many leaders in Christian communities are going so fast and producing so much and accomplishing so much that they become a shell of a person. There is no space to deal honestly with what's going on deep inside them. (p119 Bell) 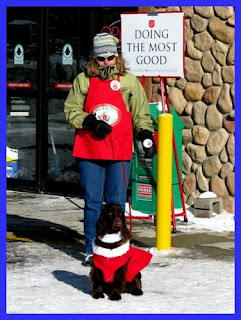 a Dave thought...
Last night in cell we completed our 6 week journey through the Boundless Salvation DVD's with many interesting discussions between scenes along the way. For those that are yet to check them out, they are really a must see, and I know for many that have watched them they have helped viewers understand theologically and ecclesiologically the brilliant idea of The Salvation Army. Because our movement is so unique with its uniforms, military language and brass bands, it is not until we understand the concept of an evangelical Army saving souls across the globe that our systems and priorities make sense. However for me the best comment came from a young lady in our cell who after being a part of the Salvos for a couple of years had a simple observation. She said, 'how come Salvos are so critical of themselves, as everyone in the community has a healthy respect for us'. Sometimes it is good to just stop critically analysing ourselves, or beating ourselves up and instead just simply appreciate how God has helped shape the Army to what it has become today.

Just a thought.
Posted by Captain Collo at 7:05 AM