a Biblical thought...
And then I heard music, harp music and the harpists singing a new song before the Throne and the Four Animals and the Elders. Only the 144,000 could learn to sing the song. They were bought from earth, lived without compromise, virgin-fresh before God. Wherever the Lamb went, they followed. They were bought from humankind, firstfruits of the harvest for God and the Lamb. Not a false word in their mouths. A perfect offering. (Rev 14:2-5)

a Book thought...
Jesus says it it is possible for religious leaders to actually get in the way of people entering into the life of God. (p139 Bell) 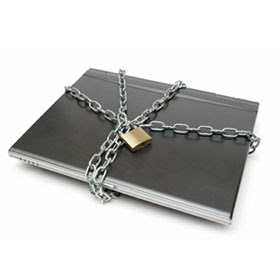 a Dave thought... http://www.neueministry.com/
Recently, an article by Mark Bittman on sporadically disconnecting from technology appeared in the New York Times. He references a term already appearing in blogs on the web: “secular Sabbath.” In short, Bittman practices this non-religious break by taking a day each week to “unplug” from the PDA, the notebook, the RSS feeds, the text messages, the unending e-mails.
With the subject of technology on the table, it should also be noted that reports are surfacing on web addiction–people who overextend daily time for gaming, gambling, networking, blogging and shopping. Web addiction is only theory now, but research continues to build credibility.

Two realities pull the mind and body in distinct directions on a daily basis, two realities holding choice: work and Sabbath. The conclusion that zero work equates with happiness is incorrect. After days of rest, the mind feels the pull to be productive once more, to participate in collective collaboration. But when day after day of productivity unfolds, a simple yearning returns to the soul for rest, disconnect and peace.
Remember, the Sabbath isn’t a harsh rule meant to enslave us, instead, it’s a refreshing means of worship, made for use to remember who’s really in control.

Posted by Captain Collo at 7:40 AM