a Biblical thought...
They were talking with each other about everything that had happened. As they talked and discussed these things with each other, Jesus himself came up and walked along with them; but they were kept from recognizing him. (Luke 24:14-16)
a Book thought...
Wisdom is like a muscle, and you don’t build muscles overnight. (p118 Cordeiro) 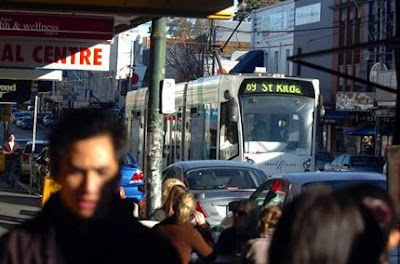 a Dave thought...
Today we officially began the new work in Hawthorn. The PO (Planting Officer) and myself thought it would be good to be in Glenferrie Road for a couple of hours playing Christmas carols and to meet some locals. So with the local councils permission we played our instruments and gave out some flyer's about our intention to open a new centre here in 09. The reception we received was very warm and many donations were received but it was when we say down for a coffee afterwards that got my attention.
As the café we sat down in was winding down after the lunchtime rush the owner came up and introduced himself, and seeing our uniforms offered us some free drinks. We shared with John our hopes of opening a new centre a 100 metres down the road in the new year. He responded by letting us know he was a Christian and attended church and by his manner and encouragement as well as others we met we have no doubt that already we have friends and supporters close by. As we headed home I reflected on the fact that the best way to plant a church is with a uniform on.

Just a thought.
Posted by Captain Collo at 6:39 AM

May God bless the Hawthorne invasion! Much grace,
sec
armybarmy.com