a Book thought...
Application is what seals God's Word to our hearts. Application makes the difference between hearing His will and doing His will. (p106 Cordeiro) 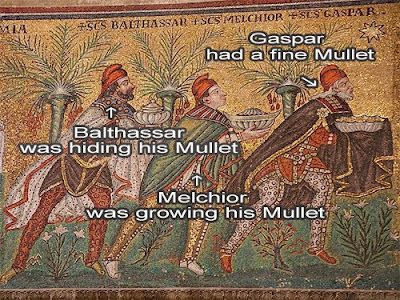 a Dave thought... http://www.theage.com.au/opinion/its-the-time-of-goodwill-and-contradictions-20081215-6yyu.html?page=-1
It is time for a Christmas redesign. In its current form it does seem out of place in modern Australia, for many reasons.
We know what's behind the push to celebrate. Christians still cling to the fantasy that it belongs to them, but we know its real importance is the annual economic stimulus, a retailing free-for-all when we are expected to drink, eat and shop more than we should.
More than usual we are faced with conflicting messages this silly season: we are told to consume more for the economy, but less for the environment.
With the financial crash forcing many people to consider basic survival for the first time, we may remember this as the year of the economy. But just over a year ago, most were rejoicing that our newly elected Federal Government signed the Kyoto agreement on limiting climate changing greenhouses gases.
Even without the economic crisis, retailers were worried about a new Christmas trend — the goat buyers. These are people who want to celebrate but have opted out of the consumption spiral. My daughter is one. This year everyone is getting a pig, goat, village pump or pit toilet to be installed somewhere in the Third World.
These are just a few excerpts from Age columnist Geoff Strong and although some may find this article disturbing I have to agree that we are given many conflicting messages at Christmas and need to sort through it all to find the Saviour.
Just a thought.
Posted by Captain Collo at 5:58 AM