a Biblical thought...
Even while the boy was coming, the demon threw him to the ground in a convulsion. But Jesus rebuked the evil spirit, healed the boy and gave him back to his father. And they were all amazed at the greatness of God. (Luke 9:42-43)

a Book thought...
Prayer opens our eyes to the people around us in new ways. (p190 Logan & Miller) 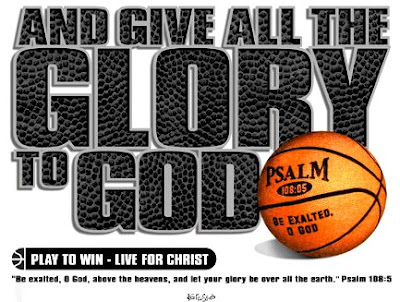 a Dave thought...
Last night it was encouraging to see over 150 players turn up to the end of year dinner at Sofias in Camberwell. This was to celebrate another great season of The Salvation Army Basketball Association of Victoria. This Monday night competition which has been running for over 30 years and had over 300 people involved this season including players and officials. It was also unique in the fact that instead of all the winning teams and individuals receiving trophies we awarded them a certificates and a Just Gift from the Just Salvos catalogue, so one team paid a teachers wage for a year in a third world country, another paid for vaccinations etc. It was a great initiative and really well received by the basketballers.
Also just for the record I do welcome comments but I do see it as a place for comments as the title suggests not questions, so if you'd like to ask questions with me or want me to respond please email me at david.collinson@aus.salvationarmy.org
Just a thought.
Posted by Captain Collo at 5:53 AM