a Biblical thought...
"I baptize with water," John replied, "but among you stands one you do not know. He is the one who comes after me, the thongs of whose sandals I am not worthy to untie." (John 1:26-27)
a Book thought...
When it comes to character we are either veneer or solid oak. They look alike on the surface, but one is a cheap imitation and one is eternal. (p130 Cordeiro) 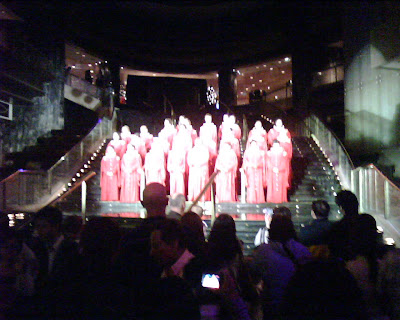 a Dave thought...
Last night was very relaxing as we met with friends, exchanged gifts and had tea in Southbank. Melbourne is a great place to live and with all the parties, celebrations and entertainment happening the city was certainly alive and well. Despite the festive atmosphere there is always signs of those less fortunate. We walked pass a homeless man and as my son saw his sign asking for money. He asked if we could go back and put some money in his hat, I obliged and Noah went back and was pleased to let me know that the homeless man said ‘thank you’. I must admit that rather than walking past some of the harder situations we see, like most of the public do and pretending they don’t exist, often it is best to talk them through with my 6 year-old son and help whenever we can.

Just a thought.
Posted by Captain Collo at 7:42 AM