a Biblical thought...
"But I do freely admit this: In regard to the Way, which they malign as a dead-end street, I serve and worship the very same God served and worshiped by all our ancestors and embrace everything written in all our Scriptures. And I admit to living in hopeful anticipation that God will raise the dead, both the good and the bad. If that's my crime, my accusers are just as guilty as I am. (Acts 24:14-15)

a Book thought...
While ever we are suspicious of others or anxious about defending our own property or status, we can never truly be open to others. (p129 Frost) 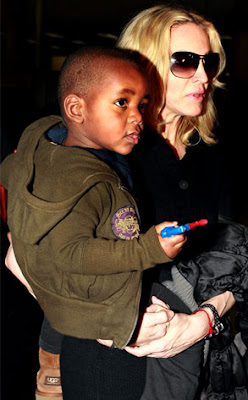 a Dave thought... from The Age
But signing up as the face of (insert name of good cause here) has become a symbiotic necessity for the modern entertainer. And hanging with the UN as one of its goodwill ambassadors has become the charitable equivalent of an Oscar, and prone to the same voting anomalies, such as gongs for former Spice Girl Geri Halliwell, Puerto Rican
pop singer Ricky Martin, and footballer David Beckham.
You could say the UN has simply recognised the salient fact that celebs and charity go together like weevils and muesli; like hayfever and spring; like motor vehicles and global warming. But it's letting the inmates take over the asylum. Madonna, for instance, was allowed in February to host a fund-raiser for UNICEF and her own charity, Raising Malawi, on the lawn of the UN's New York headquarters, but the bling really hit the fan when it turned out she'd forgotten to mention it was also a promotion for a new Gucci store.
It's the very definition of anomalous that ego-driven celebrities feel equipped to be the appointed representatives of the faceless and powerless. Sure, it can be mildly entertaining when rich and vapid people talk richly and vapidly about complex issues, returning from their "fact-finding missions" to Third World countries offering dewy-eyed pronouncements such as War is Bad; Hitting Women is Wrong; Food is Good.
But we really have no one to blame but ourselves. UN Secretary-General Ban Ki-Moon probably isn't the biggest fan of the Spice Girls either, but he's a practical man resigned to some strategic bed-hopping. And, really, without Kidman and Shakira providing the
perfect excuse to run large colour photographs, would last week's campaign announcements have made the paper?
Charities — many of which now employ people known as "celebrity co-ordinators" — are only so fixed on celebrity because we are.

There is a now a web page www.looktothestars.com that tells you what charity 1277 celebrities support. It seems our fascination with famous people in the world, gets more attention when we know they have signed up to something that is not all about themselves, ironic really.

Just a thought.
Posted by Captain Collo at 6:47 AM