Characteristics of a Movement

a Biblical thought...
With all this going for us, my dear, dear friends, stand your ground. And don't hold back. Throw yourselves into the work of the Master, confident that nothing you do for him is a waste of time or effort. (1 Cor 15:58)

a Book thought...
As long as we see 'salvation' in terms of 'going to heaven when we die', the main work of the church is bound to be seen in terms of savings souls for that future. (p209 Wright) 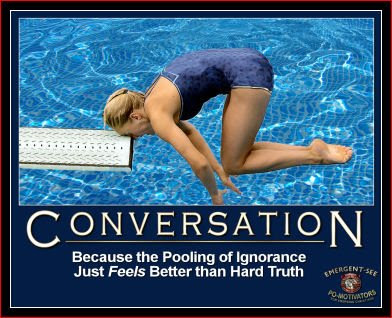 a Dave thought... by Paul Pierson

Out of these 19 characteristics there is not a lot we are still reflecting, it has obviously been a great 143 years for the Salvos but maybe it is time to get this organisation operating like a movement once again.

Posted by Captain Collo at 7:46 AM