a Biblical thought...
Your lives aren't small, but you're living them in a small way. I'm speaking as plainly as I can and with great affection. Open up your lives. Live openly and expansively! (2 Cor 6:12)

a Book thought...
Is it any wonder the world doesn't take much notice if Easter is celebrated as simply the one-day happy ending tacked on to forty days of fasting and gloom? (p268 Wright) 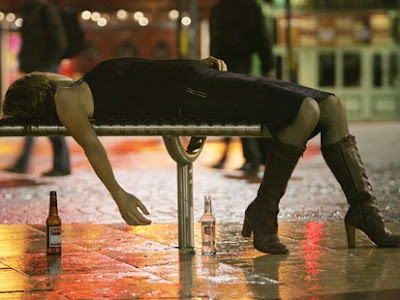 a Dave thought... from The Age
The emergency room data showed that between 1999-2000 and 2005-06, there were "rapid increases in alcohol presentation rates" in people aged between 16 and 24. Their symptoms included alcohol dependence, mental and behavioural disorder due to alcohol, alcohol poisoning, alcoholic gastritis and alcoholic liver cirrhosis.
The most alarming increases occurred among women aged 18 to 24, with admissions more than doubling to 14.6 per 10,000 people, from about six per 10,000.
Mr Livingston said that it was clear that numbers of bottle shops and rates of violence and binge drinking were linked. "As you have more outlets of both on-premise drinking and takeaway liquor in a suburb, you'll get more problems around violence," Mr Livingston said.
"There's also a study… that looks at youth drinking at very high levels and shows that in suburbs where there are more liquor outlets, the rates of very high binge drinking are higher."
The excess drinking of alcohol continues to mess up lives, now in particular the lives of teenage Australians. As a movement that asks its members to abstain from the consumption of alcoholic beverages, maybe it is time we get involved in this phenomena some more. Surely we should not just sign up to the non-drinking thing personally, but like the 1800's take on the problems that are messing up our communities. It may mean attempting to close some liquor outlets or encouraging others to join us who can't handle responsible drinking, but lets try and truly reform society.
Just a thought.
Posted by Captain Collo at 6:52 AM