a Biblical thought...
You who have been demanding proof that Christ speaks through me will get more than you bargained for. You'll get the full force of Christ, don't think you won't. He was sheer weakness and humiliation when he was killed on the cross, but oh, he's alive now—in the mighty power of God! (2 Cor 13:3)

a Book thought...
The fact remains that many churches and denominations continue to lack understanding of the changing generational waves and are suffering decline due to an inability to reach the younger generations. (p22 McIntosh) 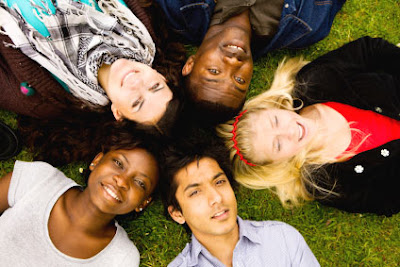 a Dave thought... from the Herald Sun
INTERNATIONAL education is Australia's third-largest export earner. Last year it generated $12.6 billion and grew 19 per cent, as the number of international students reached 370,000.
To sustain this industry, Australia's education exporters and state and federal governments have marketed the claim that foreign students who come to Australia will be provided a "safe and welcoming" environment.
Since January, however, this assertion has been challenged by a number of events, which include the death of three foreign students in a house fire in Footscray, the drowning of two others at Phillip Island, the stabbing of a Korean student, and the broad daylight gassing and mugging of a student at a bus stop in St Kilda.
Across Australia there have been more than 40 international student deaths since June last year. These fatalities are a disaster but they are the tip of a welfare deficiency iceberg being uncovered by Monash and Melbourne University researchers.
Any threat to the safety and wellbeing of international students is a real threat to the sustainability of this important export industry.
Critical issues that have gone largely unexamined, and for which policies have yet to be developed, include severe health problems that stem from loneliness and depression and housing that council inspectors have repeatedly described as "death traps".
The latter problem was highlighted recently when the Herald Sun reported that at one property, 30 students were living in the house and another 18 in garages at the rear.
Research has also revealed international students, frantic for a place to live, are being subjected to sexual exploitation by rapacious landlords.
Many international students have an income less than half of that accepted as marking the poverty line.
Misled by marketers as to the true cost of living in Australia, many are forced to accept jobs that pay far less than the legal minimum and are dangerous and not covered by workers' compensation insurance.

I have recently been to Swinburne University in Hawthorn to see how we can engage young adult students with the mission of The Salvation Army. It has resulted in some fascinating conversations with the university, as the staff there are showing great interest in us having a presence. The real immediate needs are around 5,500 international students, many who are living on campus. As this is 20% of the student population at Hawthorn, there are a lot of isolated and marginalised people here who are struggling to cope with the demands of student life and just living in a totally new culture. The needs in Hawthorn are real and although we left this suburb 20 years ago to move out to Waverley, maybe it is time our organisation moves back into the neighbourhood.

Just a thought.
Posted by Captain Collo at 6:14 AM

I'd love to be theie chaplain, now wouldn't that be an awesome appointment!
Sandy