a Biblical thought...
But the LORD said, "You have been concerned about this vine, though you did not tend it or make it grow. It sprang up overnight and died overnight. But Nineveh has more than a hundred and twenty thousand people who cannot tell their right hand from their left, and many cattle as well. Should I not be concerned about that great city?" (Jonah 4:10-11)

a Book thought...
Committed fathers are healthier because they are more relaxed, more likely to have fun, less likely to overwork and more likely to take a bit of time off. (p113) 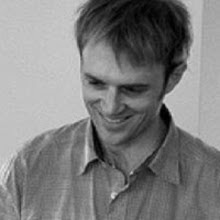 a Dave thought...
Yesterday we had Mark Sayers come and share a few thoughts with us, here of some of the quotes that grabbed my attention...

"People don’t like church, or something about church, and something needs to change."

"Recent statistics show that over the last six months Gen Y's Facebook usage has dropped 30%. Instead, they are seeking and using print based media."

"What resources do the Army have over other churches?"

"The Salvation Army is ideally suited for this time more than any other denomination as many people are looking for a movement that combines both faith and justice, worship and social action."

"The Salvation Army began over 100 years ago by recruiting leaders who were fed up with being an Anglican or Methodist, maybe its time to recruit leaders form outside the Salvos once again."

Just a thought.
Posted by Captain Collo at 12:51 AM