a Biblical thought...
It's important that a church leader, responsible for the affairs in God's house, be looked up to—not pushy, not short-tempered, not a drunk, not a bully, not money-hungry. He must welcome people, be helpful, wise, fair, reverent, have a good grip on himself, and have a good grip on the Message, knowing how to use the truth to either spur people on in knowledge or stop them in their tracks if they oppose it. (Titus 1:7-9)

a Book thought...
Jesus makes the point that it is through connection to him and his way of living that we become truly alive. Jesus offers us a truly life-changing gift. (p124 Sayers) 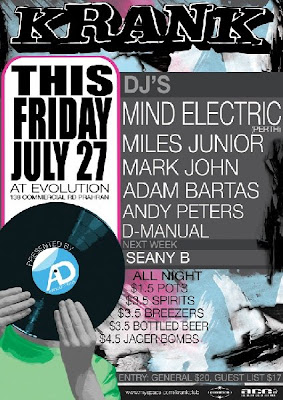 a Dave thought...
Last night I sat on the plane back from Sydney next to Michael, a commercial real estate agent in Melbourne who asked me lots of questions about The Salvation Army and particularly about certain properties we own in the inner city. He went on to explain that he has a nightclub that just closed in Prahan called the Evolution. This nightspot had pressure to close its doors as it has had a reputation as one of the most notorious clubs in Melbourne with several murders and other criminal acts taking place there over the last couple of years. I asked him how much the lease was to discover that it was $150,000 a year. I suggested with all the problems with binge-drinking in our country it would be great if we could set up an alcohol free night club. On some nights it could be an under 18 club, which caters for all those VCE students who get hold of fake IDs so they have somewhere to go at nights with live bands and a safe environment. So it was great that the flight was into a 300km headwind and took 40 minutes longer than usual. If anyone is interested the Evolution, it is all fitted out ready to go all we have to do is add an R to the signs and we can open an alcohol-free nightclub called "The Revolution".

Just a thought.
Posted by Captain Collo at 6:48 AM